Is Prefab Better Than Traditional Building

When buying a new home, whether for your family or as an investment, you may have considered prefabricated construction rather than the traditional method. More and more people are discovering the benefits of prefab houses in terms of:

So is prefab cheaper than building using conventional methods? What makes modular homes so appealing to homemakers and investors alike? Our guide covers everything you need to know about prefab homes vs traditional homes and surrounding questions.

How Do Prefab Homes Work?

“Prefabricated” means that the main elements of the house are built off-site in a factor. Components such as walls, foundations, and roofs are built to measure by trained professionals using cutting-edge equipment. The materials are moved to the site for assembly when fabrication is completed.

This means that the assembly process is much faster than the traditional building method from the ground up. A panel-built home can be assembled in 3-4 months, sometimes even less, depending on the size of the project. Traditional construction processes typically take around a year, with a common problem in the industry [1] being projects running overtime and over budget.

As fabrication occurs in a controlled factory setting rather than on a building site, prefab homes are much less likely to experience delays due to bad weather, a pervasive issue with construction projects. The UK, for instance, experiences roughly 133 days of rain and snow per year[2], limiting the number of days on-site construction can take place. Because of this, the projected time it takes to assemble a prefab home vs a conventional structure is likely even longer than general estimates.

All aspects of fabrication must meet the highest industry standards to be approved. As these requirements are handled by a central manufacturer and specialists are assigned to each part of the project, there is much less need to communicate with multiple contractors for areas like plumbing, roofing, windows, etc. Likewise, the streamlined construction process means that it is much less likely that the home will have outstanding issues once it has been deemed “complete”.

How Much Do Prefabs Cost vs Traditional Buildings?

In both cases, prices per square metre vary depending on the type of materials used. An advantage of prefabricated homes is that it is easier to obtain an accurate estimate of the cost before the land is purchased – there is less need to account for potential material damages due to vandalism or bad weather. This makes it easier to negotiate a mortgage that suits your investment.

Another factor to consider when estimating the cost is that prefab homes tend to appreciate more quickly than traditional structures. Once the house is established and can be surveyed by an estate agent, its value becomes comparable to that of a traditionally-built design: this is where the savings made during construction become valuable. People looking to build homes to rent or sell will find prefab cheaper than building, and also that these properties offer a much higher yield relative to the cost of construction.

Why is Prefab Cheaper Than Building?

You will almost always find prefab homes cheaper than their traditional counterpart for several reasons:

Shorter assembly time. Contractors charge for how long they expect to spend on a construction project. The more time they spend on construction, the more expensive it gets. Traditional buildings take significantly longer to assemble, making prefab homes cheaper by a significant margin.

Less chance of waste or damage. On-site construction risks materials being damaged by inclement weather or even vandalism. While a contractor’s insurance may absorb some of these costs, this risk is eliminated with factory construction, where materials can be kept safe and dry until it is time for assembly.

Less chance of an overrun. In addition to the projected construction timeframe being much lower for prefabs, buyers are less likely to face additional costs from a project overrunning by several months.

Less need for remediation. Factory-made components are tested rigorously before assembly. It is less likely that the buyer will need to invest in post-assembly changes or repairs.

These elements make prefab homes cheaper as well as more efficient. These are perhaps the most important two features when planning to build a home: are there any disadvantages?

Below we weigh up the benefits and drawbacks of each method.

Fewer potential delivery issues. Access needs to be arranged for a prefabricated house: as large parts are being delivered, the delivery vehicle must be able to get to the property. However, this can be avoided with advanced planning.

Easier to make last-minute changes. It is sometimes easier to change a project when being built on-site. However, well-planned projects avoid the need for changes.

Rigorous planning should be part of any construction project. This is no different when it comes to prefab homes vs traditional homes. Part of what makes prefab homes cheaper is that the specifications are established very early on. Buyers should be confident in those specifications before starting construction, and the contractor should agree that the project is realistic and deliverable.

Is It a Good Idea to Buy a Prefabricated House?

Among the most valuable advantages you gain with prefab construction is that there is far less risk of delays. Delays come with numerous drawbacks, including:

Higher costs. The longer construction runs, the more you spend on the project. Contractors dislike absorbing the costs of projects overrunning, and many include clauses in contracts that at least partly pass the costs onto the buyer. This makes prefab homes cheaper because there is far less risk that a project will overrun.

Strained relationships. Delays almost inevitably mean that relations between the buyer and the contractor start to deteriorate. Nobody enjoys the blame game or re-negotiating a project with a contractor who would rather be done with the project and move on.

Rearranging move-in dates. If you plan to live in the building once it has been completed, the last thing you want is to have to make other arrangements for several months because the project has overrun. This can be extremely costly and irritating – you drastically reduce the likelihood of this problem by choosing a prefab home.

Another huge benefit is that prefab homes offer a quicker return on investment than traditional structures. As a prefab house can be completed faster, it will start generating revenue streams earlier than if it were built using traditional methods of construction. A common worry is that modular homes might not be worth as much to buyers: this is simply not true. The quality of the finished product determines the value, which is even more likely to be higher in a prefab home, thanks to the intense quality control possible in a factory setting.

So is prefab cheaper than building, and should you do it? Yes. This is why:

If you are planning a new-build house, prefab is the way to go. Find your prefab house and start your project.

Prefab homes for every budget 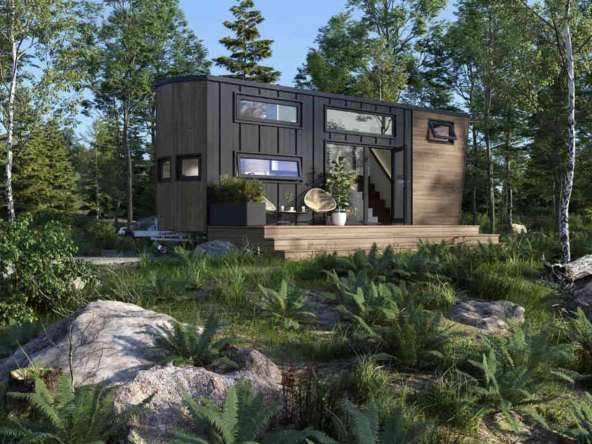 Choosing a tiny house to serve as a garden annexe will provide some extra space to your home while...
Continue reading 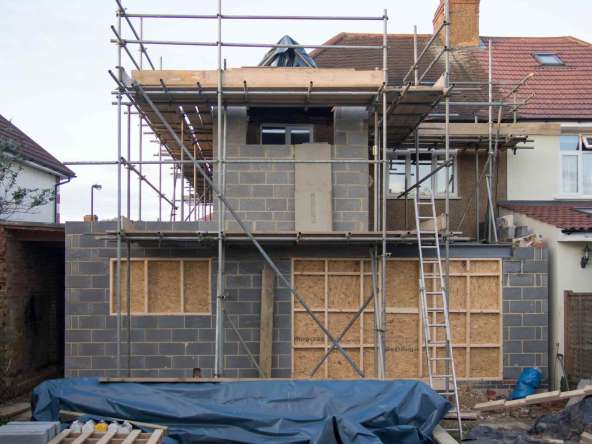 Understanding if it is cheaper to buy or build a home is a complex question. The first step is to...
Continue reading Implementing sustainable methods in the construction process is an effective solution to reduce the...
Continue reading 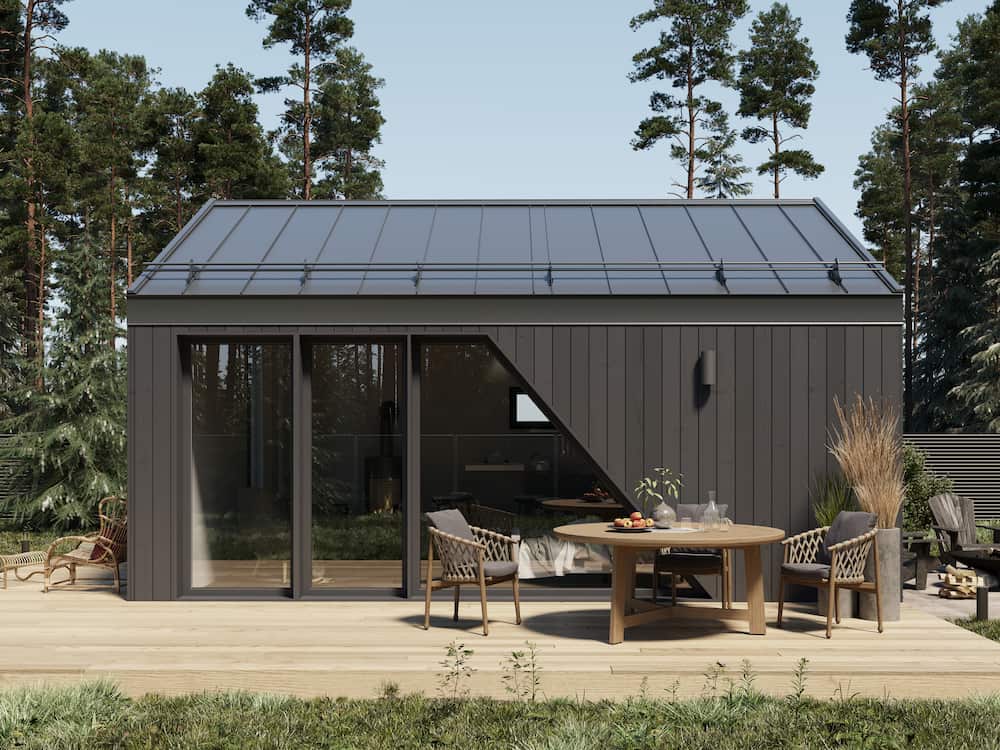 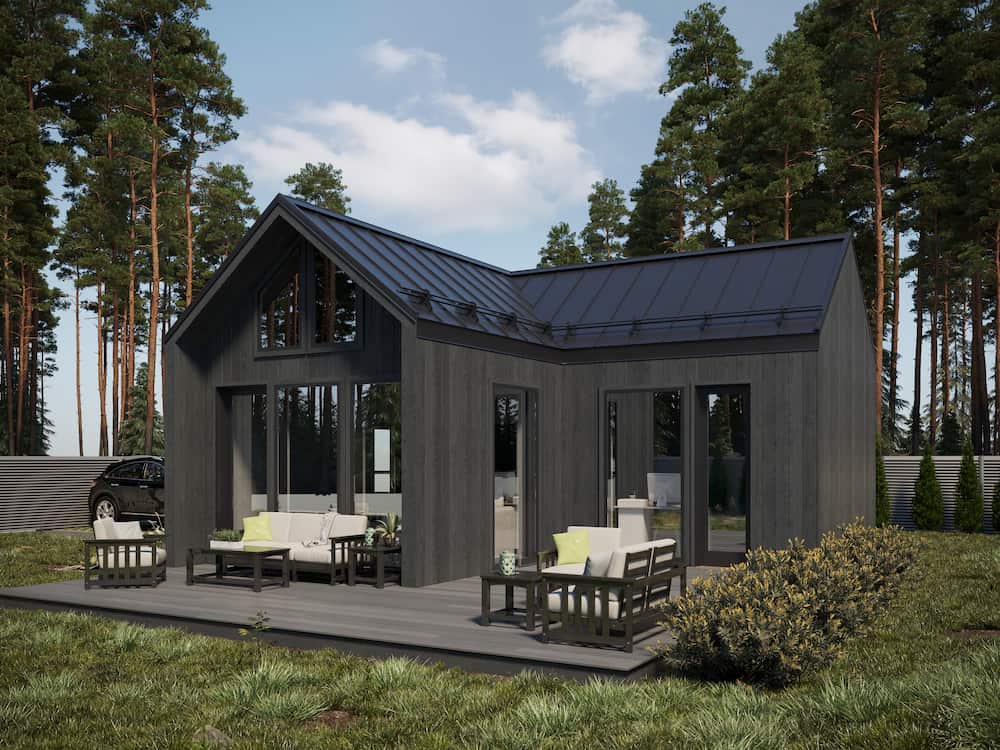 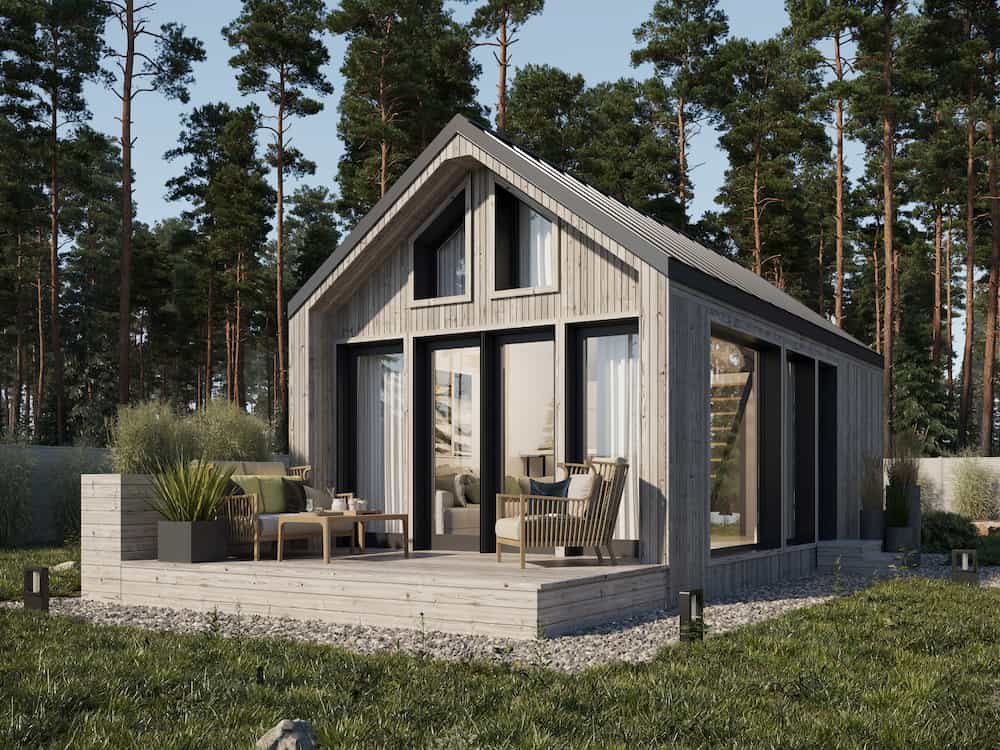 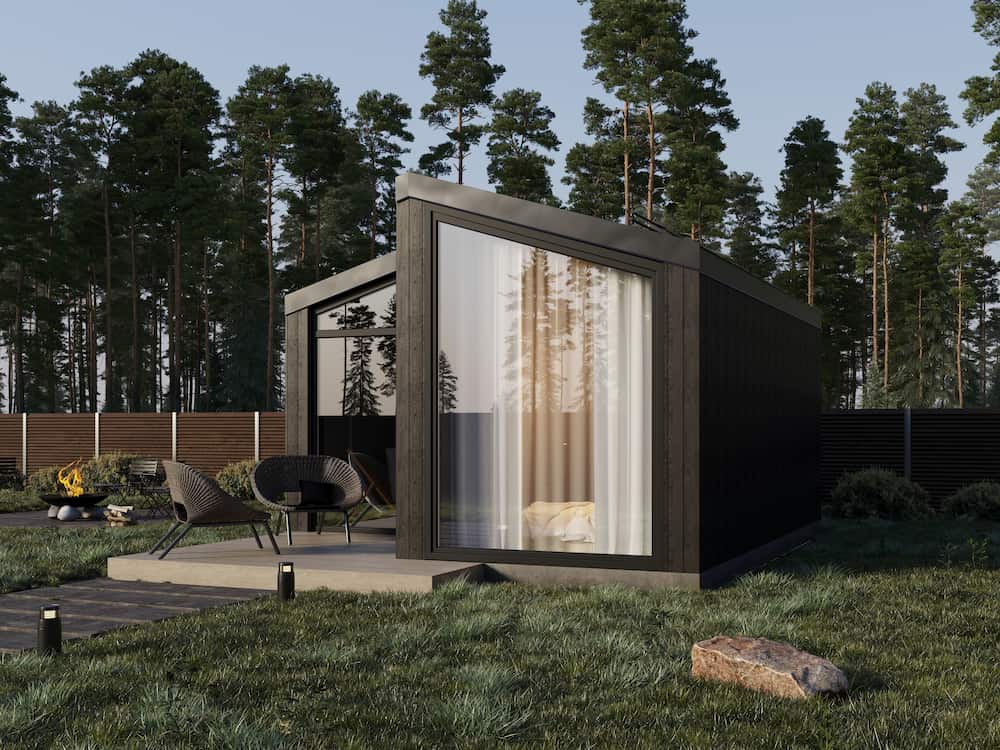 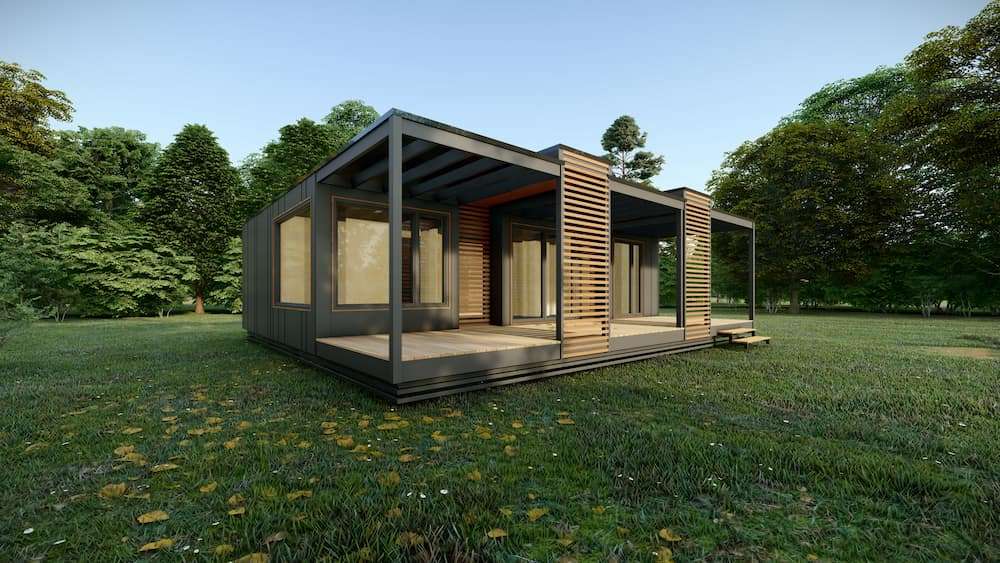 Please enter your username or email address. You will receive a link to create a new password via email.

We use cookies on our website to give you the most relevant experience by remembering your preferences and repeat visits. By clicking “Accept”, you consent to the use of all the cookies.
Cookie settingsAccept
Manage consent

This website uses cookies to improve your experience while you navigate through the website. Out of these, the cookies that are categorized as necessary are stored on your browser as they are essential for the working of basic functionalities of the website. We also use third-party cookies that help us analyze and understand how you use this website. These cookies will be stored in your browser only with your consent. You also have the option to opt-out of these cookies. But opting out of some of these cookies may affect your browsing experience.
Necessary Always Enabled
Necessary cookies are absolutely essential for the website to function properly. This category only includes cookies that ensures basic functionalities and security features of the website. These cookies do not store any personal information.
Non-necessary
Any cookies that may not be particularly necessary for the website to function and is used specifically to collect user personal data via analytics, ads, other embedded contents are termed as non-necessary cookies. It is mandatory to procure user consent prior to running these cookies on your website.
SAVE & ACCEPT